Hello, in this post I will show some details about Steam games I dug up on the internet. Mostly trivial stuff like stats and how much time they were played.

In the first series of the Steam stats, I will show information about Prison Architect. Prison Architect is a management simulator game in which you build up a prison. It is a sandbox mode game. You build up cell blocks. You need to run the prison in a good manner.

Some inmates are really dangerous, messing around and starting a fight. You need to secure the prison from other threats like murder or theft committed by the inmates. There are several ways to achieve this, like increasing the frequency of the cell searches or steel detectors’ count.

By the way counts of your guards is also, really important.

If you don’t manage your prison properly, you will have a full-blown riot. In this case, call extra forces from the right corner of your screen.

Although it doesn’t require too much CPU or RAM, the more your prison grows the more you will need gb ram.

The game goes on in a 2D environment. It at the first belonged to a different game developer company but Paradox Interactive bought the game and now selling it under its name.

There are many concepts in the game like gang groups, exporting materials, solitary confinement, inner safety of the prison, and escapes from the prison. In the end, you enjoy micro-managing it. I like this game since it has the same notion as collect-and-build games like Age of Empires or Banished with a little difference. You don’t collect natural resources here but just buy with your monthly income or debts.

I would like to publish a post about tips and tricks of the game. I can say if you already like the economy games, it would charm you. Since I was a toddler, I really enjoyed simulation and economy games.

There are many details about managing your prison. The more you play the more you learn.

All Time Peak of the Gamer Count 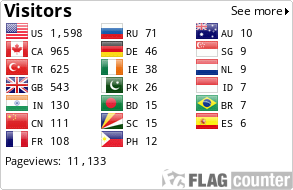